There’s not a way to currently use mono mode to reduce the noise. But you can use the cross-correlation mode, which is even more powerful. 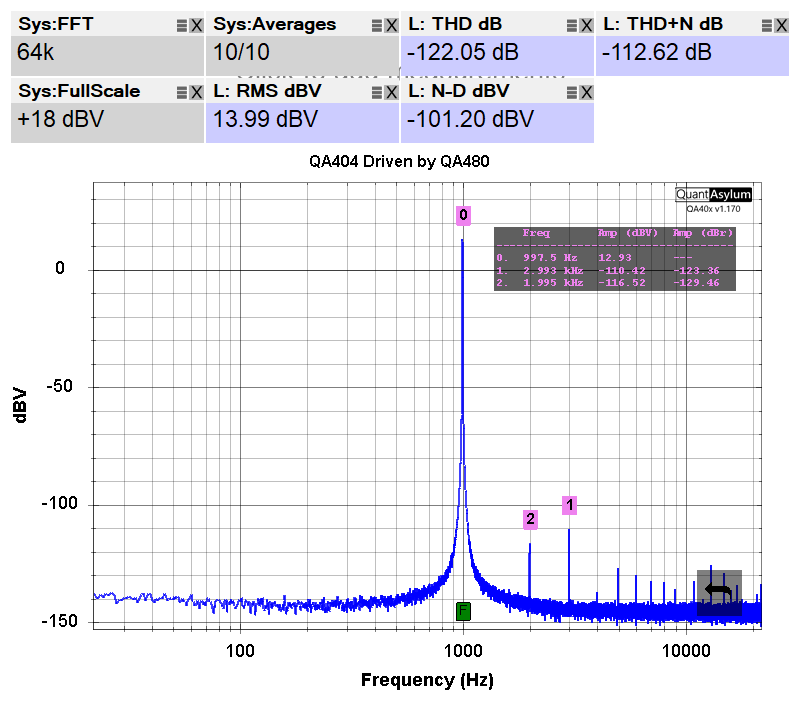 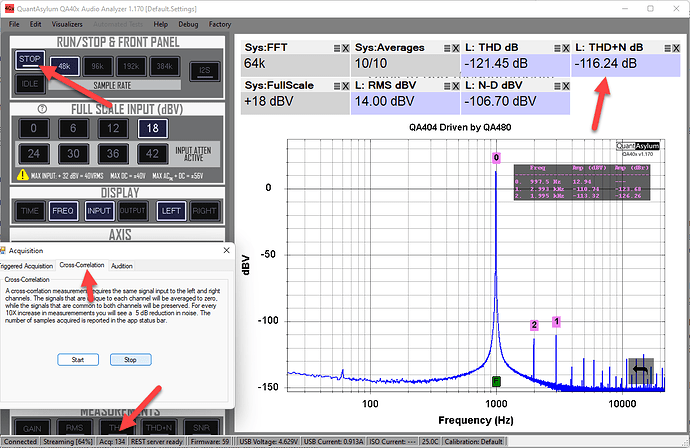 The AES17 technique shouldn’t really change the measurement. The AES17 spec says to use the total power in one octave around the fundamental as the reference level. Otherwise, the power in the fundamental is normally used. If your signal level is 30 dB or more above the noise, the distinction shouldn’t matter. Also, for higher frequency tones, the one octave notch is a lot to take out and tends to be give a result that is too optimistic.

Thx. I’ll try the cross correlation.
Re the aes17 notch, in REW thd+n for the E70 into the Cosmos apu notch and then the Cosmos adc worsens by 5db when you turn off the aes17 notch feature. This doesn’t happen when you don’t use a notch filter like the apu. The reason is that a notch filter dramatically widens the skirt around the fundamental and the aes17-2015 compensates for that. From various forum threads the adjustment in REW seems to be comparable to the AP555 results.

5db when you turn off the aes17 notch feature. This doesn’t happen when you don’t use a notch filter like the apu. The reason is that a notch filter dramatically widens the skirt around the fundamental and the aes17-2015 compensates for that. From various f

I’m not sure I follow: Why would a notch widen the skirt? Can you share a picture? 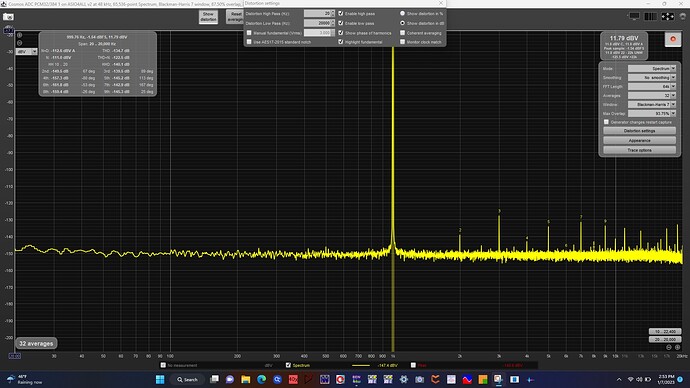 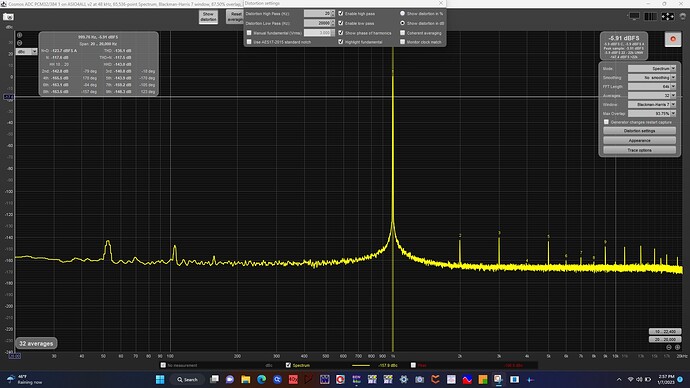 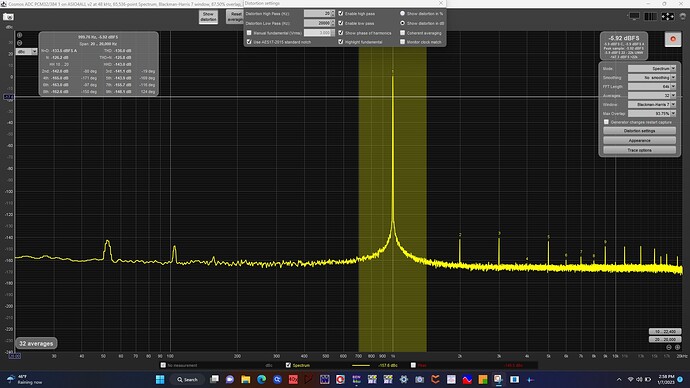 So, to combat this, REW allows you the ability to NOT measure per AES17, which in that case looks at the main lobe only instead of the octave around the 1 kHz.

This is the default for the QA40x. That is, the QA40x ONLY looks at the main peak, and ignores the skirt energy in the one octave swath. In other words, the QA40x functions as if the AES17 is disabled on REW.

That is why I was wondering if we could get the aes17 notch feature added to qa40x in the future.

If AES17 were the default, then the result for the nominal measurement (strong fundamental) would be the same as it is today. And for a weak fundamental it’d be erroneous (which is why you need the ability to turn it off).

In other words, what does the AES17 buy you?

In a few forums over the last year there has been discussion about whether using the aes17 notch made results more similar to APx measurements. I guess the conclusion was yes. So I guess its useful if for nothing else than being better able to compare to published results from APx systems.
Not sure why John decided to include it in REW software.
Also in some ways if you don’t use the notch when the skirt widens, you are including a lot of energy from the widened skirt in noise, right? So that makes thd+n look worse than it perhaps should be.
Of course as you point out using the notch adds excess energy to the fundamental when the skirt is wide.

Here is a discussion re the REW aes17 notch and Audio Precision measurements. 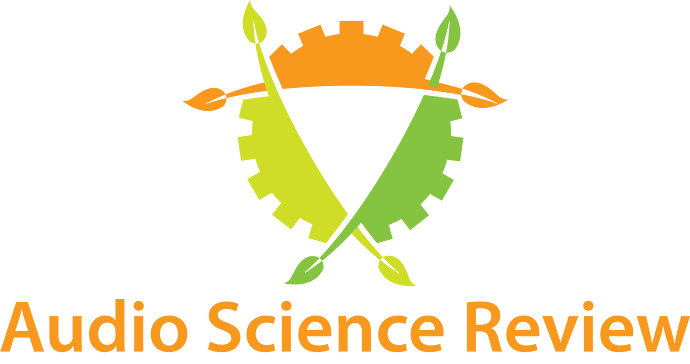 In my previous measurements, I was peaking around 122dB SINAD measurement, with a direct ADC connection Using E1DA Cosmos APU Notch, (and some lessons learned from last REW editions), I was finally able to achieve a more relevant SINAD measurement...

Here is a discussion re the REW aes17 notch and Audio Precision measurements.

However, note the A, which suggests A-weighting (but maybe I’m wrong). For most measurements, A-weighting will give you about another 2.5 dB reduction in N+D. But THD+N is normally an unweighted measurement.

I’m pretty sure that AP isn’t using A-weighting for THD+N measurements. AES17-2020 specifically says “and the unweighted level of the residual shall be measured” in section 6.3.1.

Can you confirm your understanding?

From the author of REW, 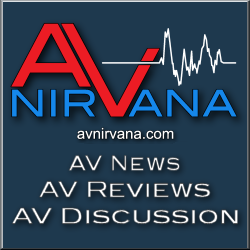 Hi. I have a question. Is there any way to display N + D in the "Shoow distortion" without A weighting? Thanks

So messed up with aes17 notch compared to the normal couple points difference we expect to see.
I was more focusing on IVX’s comments in the audioscience post #16 and later about the similarity of the AP results and REW with aes17 notch when looking at 1khz. 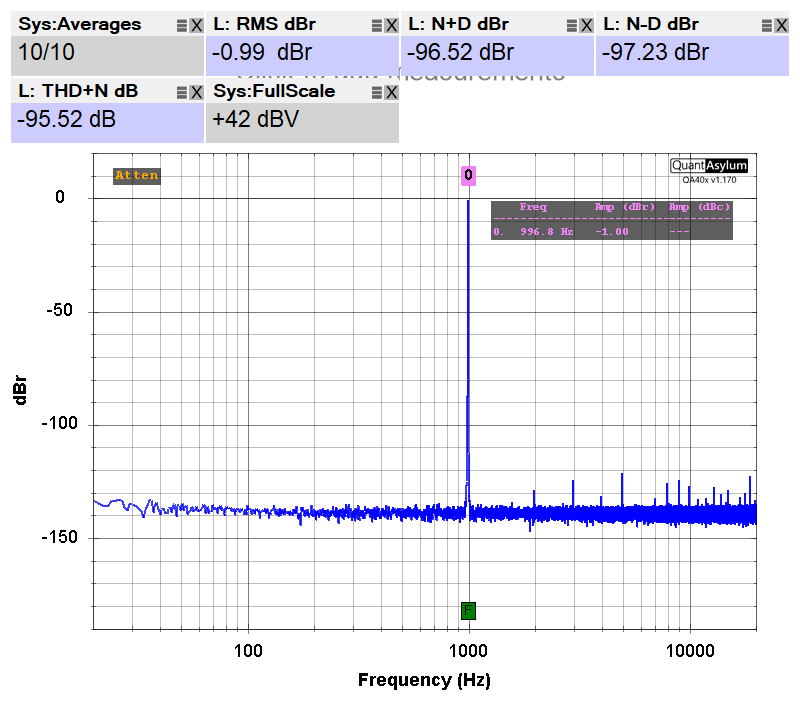 Then set the smallest tone possible (-144.4 dBFS) and measure noise total noise (20k) at -126.76dBr. The tone at -153 dBr isn’t contributing anything here, but it does indicate the DAC isn’t sleeping. 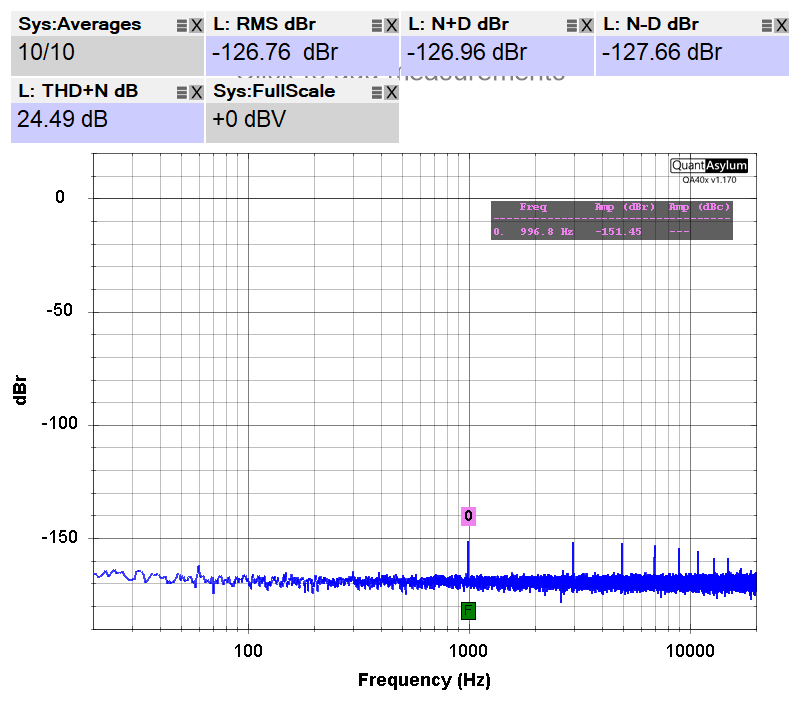 And then short inputs to external gain box/notch (from class D thread) and noise drops to -130.65 dBr, demonstrating about 4 dB of margin wrt noise. 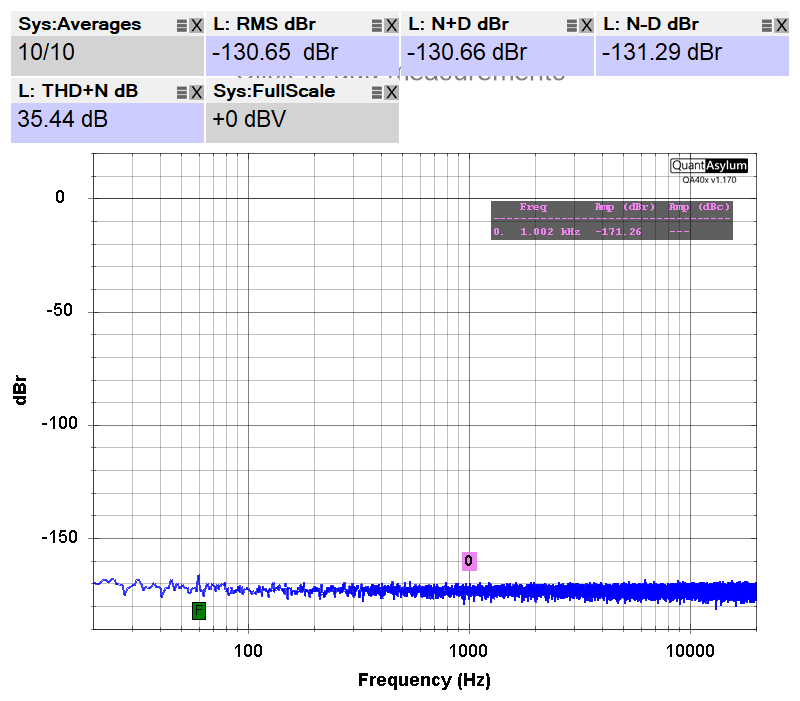 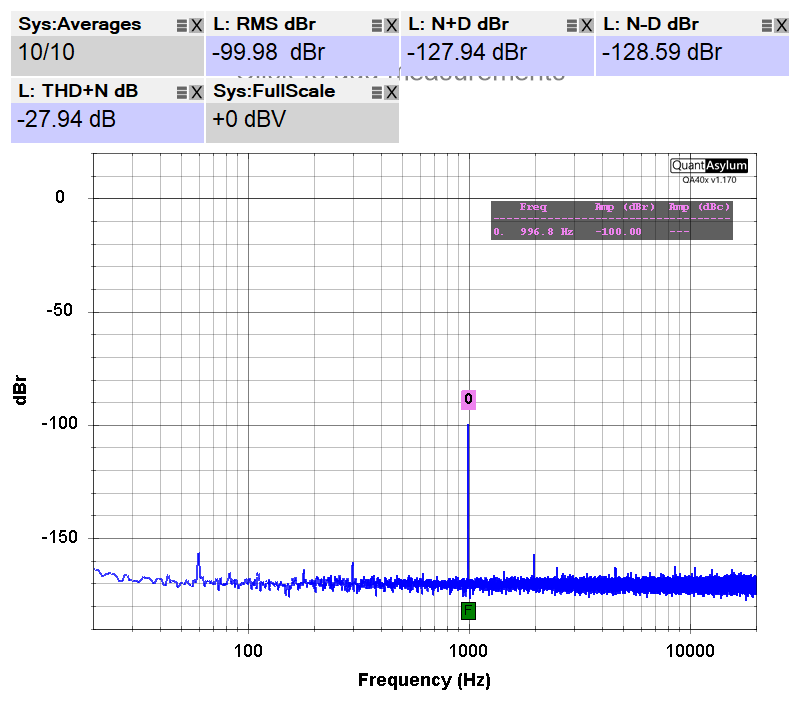 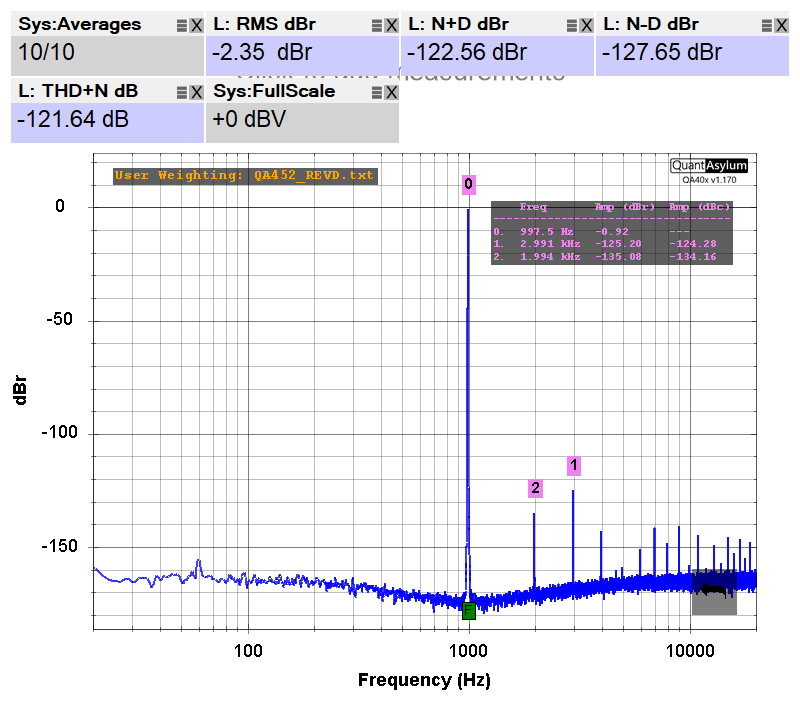 @matt here is a plot from my other post. 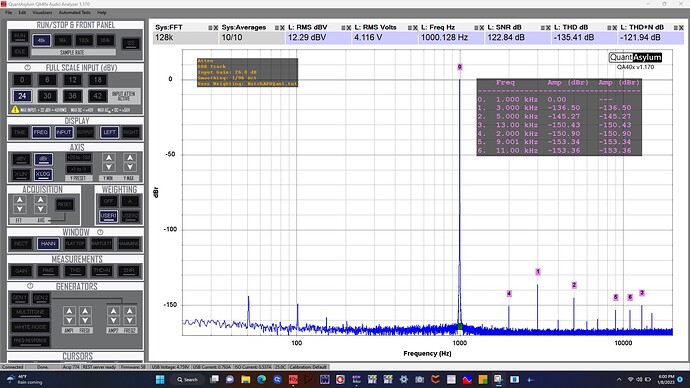 This is using the cosmos apu Q=50 notch.
So similar results to you and a narrow foot.
As you can see from my other plots when using REW with cosmos apu and cosmos adc, the foot is wide. Not sure what the difference is between REW calcs and yours.
Here however you show a wide foot with the qa480 ( from your previous posts) 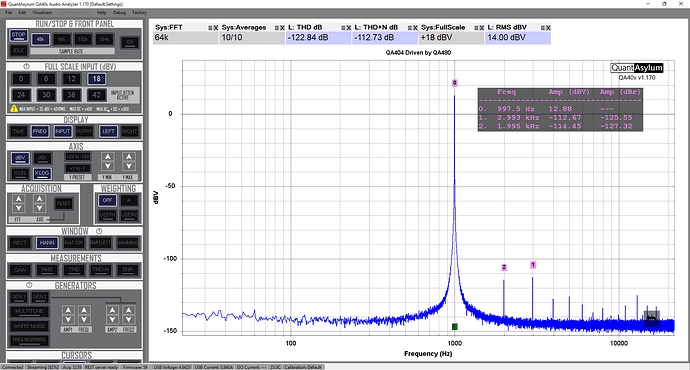 Interestingly the distortion components in mine are much lower than the ones you show with the e70 even though thd+n is essentially the same.

The release of 1.171 (coming soon) has the ability to export the captured waveform as a WAV (and it also has PC mirroring). You can take a measurement, export the WAV, and then load it into REW or other app if you wish to compare.

Now, the plot below isn’t an exact comparison because the export is time domain, but the averaging done on the QA40x is frequency domain. And so, the freq domain display is very averaged, but the exported WAV is not. A better comparison would be to export a 128K acq without any averaging, and then compare that. But, as a first comparison, note the skirts are very similar here. The QA40x THDN is 1 dB better, but freq domain averaging tends to help there. The N+D are close, however REW should be doing A weighting on that and I’d expect the REW measurement to be lower there.

Great. Look forward to this! 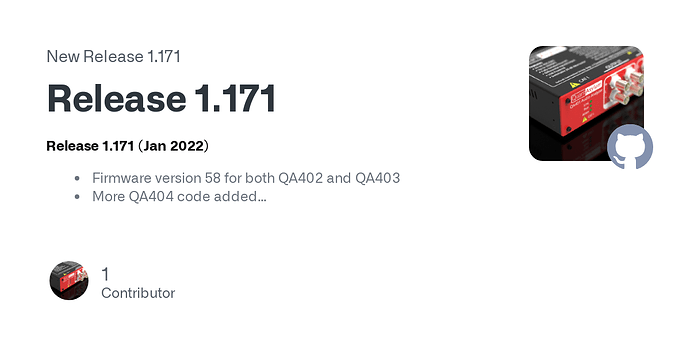 Release 1.171 (Jan 2022) Firmware version 58 for both QA402 and QA403 More QA404 code added Fixed regression where model wasn't being saved on close More cleanup on Filter Visualizer Removed the B...

Hi @Matt. I tried version 1.171 of QA40X and found it very interesting. For me it is very useful to have the possibility to display the “N+D” measurement without having to calculate it every time, if necessary. The ‘Export as Wav data’ option is also very useful. It allows me to save a measurement session and then, by reloading it into QA40x itself, to be able to study it at my leisure using the QA40x tools. For me, this is a big step forward! It is very useful to have the very powerful Blackman-Harris window available rather than the little-used Bartlett window. In short, in my opinion, this version of QA40x is a great improvement. Thank you