Release 1.919 has the ability to use the right channel as the reference for frequency response measurements. To date, the output of each channel has been used as the reference for the gain and phase calculation. This allows you have two channels swept at the same time, but it has a few limitations:

Inside the Frequency Response settings is where you’ll find the ability to specify that you want to use the right channel as the reference. 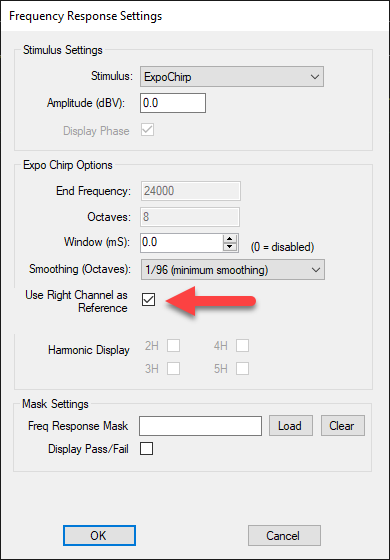 With that unchecked, a loopback plot looks as follows. Note the roll-off at the high-end. This is the combination of the DAC output and ADC input filter. 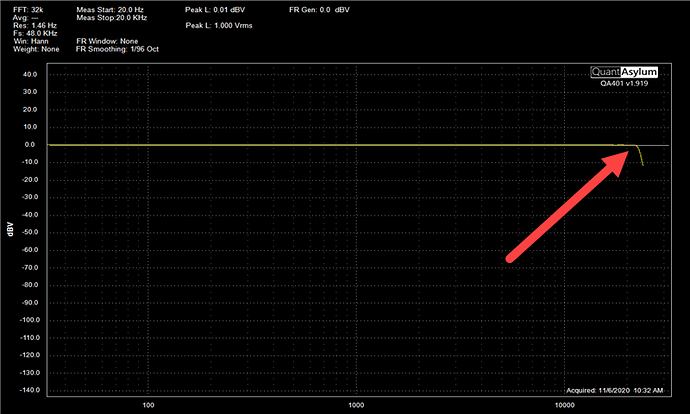 Now let’s look at a plug-in. Let’s connect the output to the input and NOT use the right channel as the reference (this is the default method in release prior to 1.919). When we run the “AMP Frequency Response Chirp” plugin, note the new checkbox “Right Channel as Reference”. 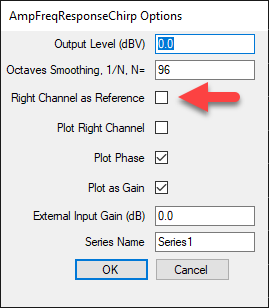 If the box is unchecked, then the plugin works as it used to work prior to 1.919. Let’s run it and see what that yields: 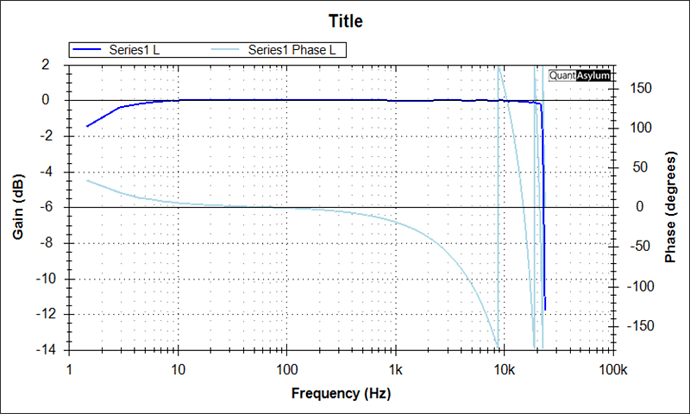 First, let’s think about what is being shown here. Mathematically, it’s complex division on the FFT. The numerator is the input (L+ INPUT), and the denominator is the output (L+ OUTPUT) taken before the DAC. In other words, the output skips the DAC processing, filtering, reconstruction, and the analog output circuitry. The magnitude of the result is the frequency response, and the phase of the result is the displayed phase.

Note in the frequency response we can see the high-pass filter around 1 Hz. That shows up because the input (the pre-DAC data) doesn’t undergo the high-pass filtering. That comes from the input of the QA401. Next, look at the frequency response just beyond 20 kHz and you see a short rolloff. Where is that coming from? It’s actually a combination of the DAC output filter and the ADC input filter. Because neither or those are present in our denominator, they show up here as belonging to the DUT. And of course, the phase is very messy–that is the phase contribution from the same elements.

OK, so the above looks confusing. Why use it? Because it gives you two channels at the same time. And often, you don’t care about absolute phase, you really care about unit to unit variation in phase.

But it makes it tough to get a theoretical understanding of a simple filter. It would be nice to put a first-order low-pass on the analyzer and see what we see in SPICE.

With release 1.919 you can do that. The drawback is that you can no longer use the right channel independently. It’s now used as your phase reference point–the denominator. So, how is this used?

First, we can enable it in the FR menu and run a plot in the main window (remember, the right channel is the reference, so we’d connect L+ OUT to L+ IN and R+ IN with L- and R- grounded). In the plot below, notice the entire response is ruler flat. 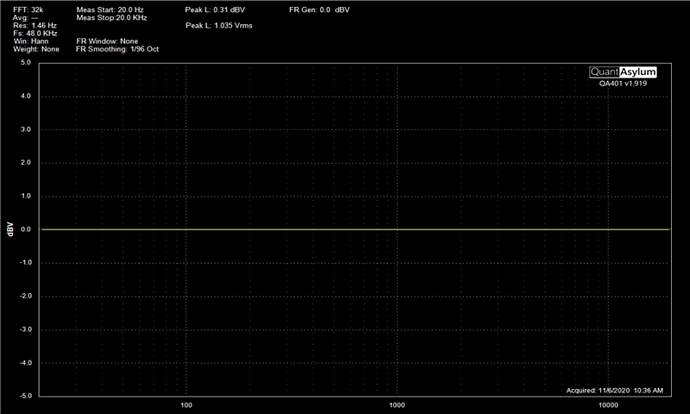 Next, let’s do the following: 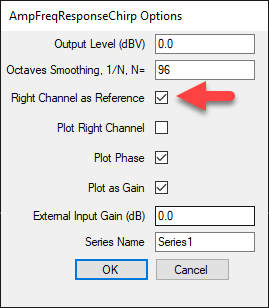 Our resulting plot appears as follows. Note the Y axis is very zoomed–the blue trace is essentially flat across the entire frequency range from 0 to 96 kHz. Note, too, that the phase is flat. 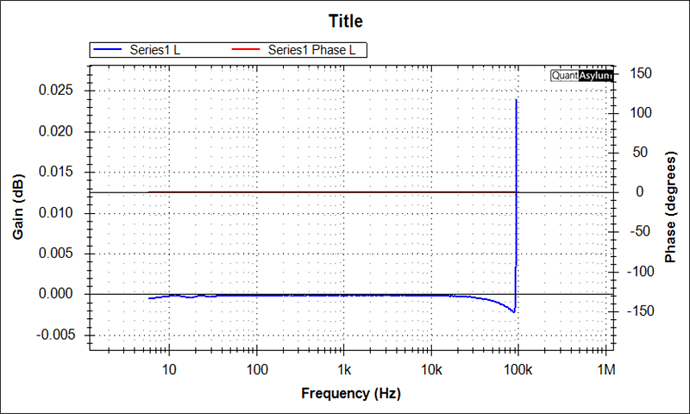 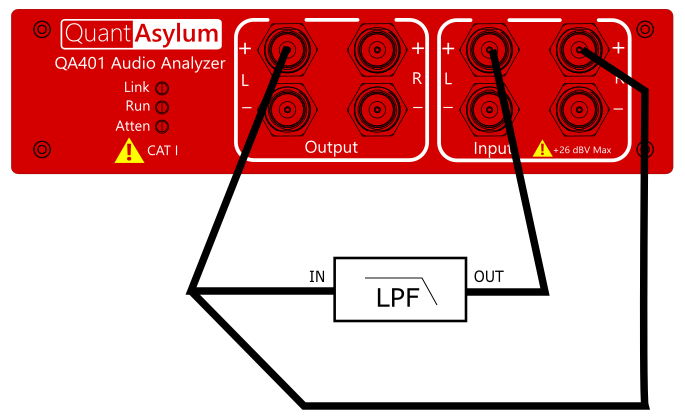 Now, when we run the plug let’s check the “Right Channel as Reference” checkbox:

And now we see a classic low-pass filter response. The 3 dB point is measured as 1410 Hz, and the phase at that frequency is -45 degrees. 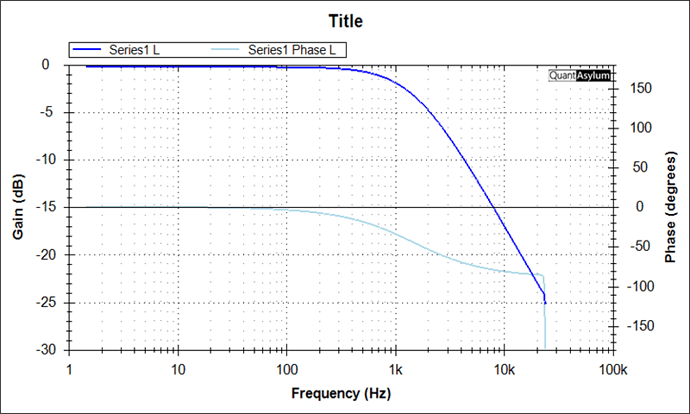