Release 1.13 will be out next week, and it has a new plug-in that should prove useful for measuring path delays in device with digital processing. See "Automated Tests → MISC Path Delay 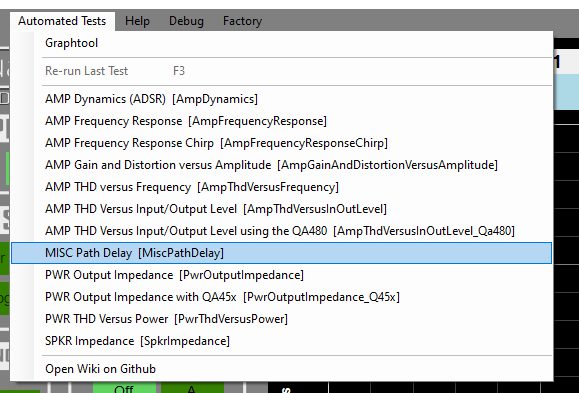 More details on the usage below. This should let you get +/- 10 uS accuracy on path delays up to about 1.2 seconds. Some changes were done to de-skew the inherent hardware delays, so if you’ve been developing code that worries about path delays, what you see in 1.13 will show some changes there. 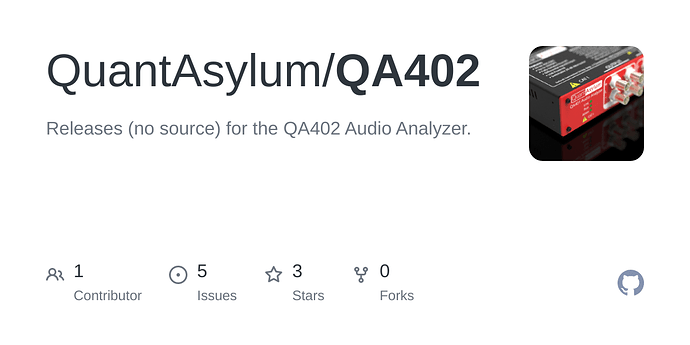 Is there a plan to “backport” these plugins to work with the QA401?

Hi @1audio, the QA40x software will run the QA401 at some point. I think the last release 1.12 allowed you to specify -QA401 on the command line and then you could control the relay on the QA401. it’s not much (yet!), but it’s a first test to make sure the pieces are integrated correctly. Prior to the QA402, everything needed a driver, and from the QA402 and later it’s driverless. So, there’s a bit to sort out there. But it seems to be going smoothly.

That’s great news. I know there are some significant differences between QA401 andQA402 but having a common UI/control means we would not lose out of some of the new stuff. Supporting the QA400 is probably not possible I gather due to the USB interface it uses.