For example, with a 1k tone I’ll see a nice 2k harmonic which is great but I’d like to know what the THD is minus the harmonics contribution.This way I can better qualify the amount of undesirable distortion when comparing with solid-state.

Hi Ferrograph, this is a good observation. Currently there’s not a way during routine measurements to break out the contribution from each harmonic. However, one of the plug-ins might help you see this better during development or debug. The plug-in is called “AMP Gain and Distortion versus Amplitude.”

The setup for that plug-in is shown below. You can turn off all distortion plotting and you’ll get a graph of output versus input level (or gain versus input level). You can also indicate if you’d like to see distortion plotted, and the 2H and 3H products can be graphed separately. This plug-in was developed to understand guitar effects that added pleasing and warm harmonics (eg blues) versus harsh and buzzy (eg metal) harmonics. 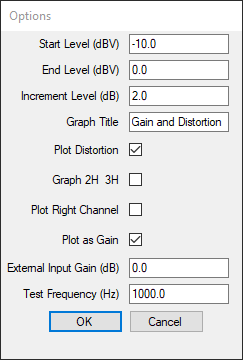 What is cool with this type of graph is you can see the amp dynamics unfold in a way you can’t normally see: Amps might start with some warm coloring, but at a certain level you’ll see the buzziness dominate instead. 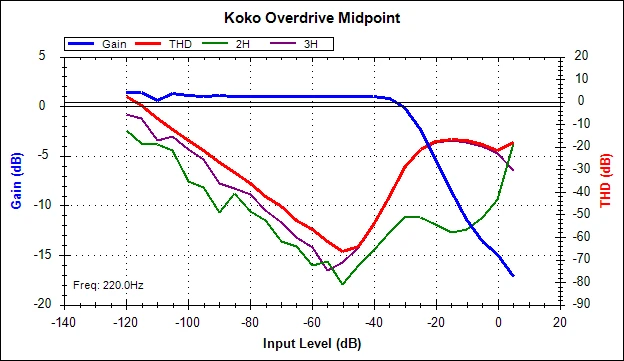 Take a look at this guitar amp (Line 6) on the “metal” setting. Notice you see pretty good balance between 2H and 3H at lower levels, but as you get to -50 dBV input and higher, the 3H starts to dominate giving you that “chug chug chug” guitar sound the metalheads like. 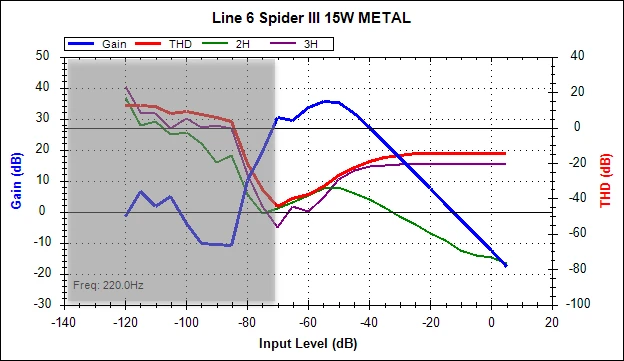 Give a try and let me know what you think. If you aren’t getting the info you need, things could probably be tweaked or a new plug-in made. What you are trying to see is pretty key, I agree.

An older post with some more details is HERE

Thanks for this reply. As always very useful.

I will give this a try. This might do what I need as an interim.

As a feature request though it would be nice to see 3 distortion measurements in the realtime reading: Total, 2H, 3H - the reason this would be useful in the realtime display is that I often put temporary tweaks in circuit and adjust to get the best harmonic result. The plugin will help greatly but will be quite time consuming. I’d also like to give clients “niceness” results where I’m restoring or pimping their beloved tube gear.

Maybe this could be done as Visualizer. Will study. Thanks!