Would it be possible to modify the THD vs Level plugin and Distortion and Gain plugin to graph the results according to the DUTs’ output levels? The power amp THD vs Power does this but demands a maximum 1k load. I am designing a valve preamp and would like to compare different valves’ performance at the same output levels.

Similarly would be nice if the frequency response plugins had the option automatically reference the 1kHz levels to 0dB to quickly enable comparison of different devices or circuit changes?

The plug-in is currently named “AMP THD versus Output Level.” Maybe that should be renamed to “AMP THD versus Level” and it would default to output level but would also have a checkbox to allow referencing to input level.

A checkbox could be added to reference all curves to 1 kHz. If you specified several levels, then they’d all be 0 dB at 1 kHz.

Would that solve the problem? I think it would make the plug-in more generic and more useful overall.

Sounds perfect! Would be great if you could do the same for the AMP Gain and Distortion versus Amplitude plug-in as well.

OK, this will be done first for the THD versus Level. Note the name will be changed 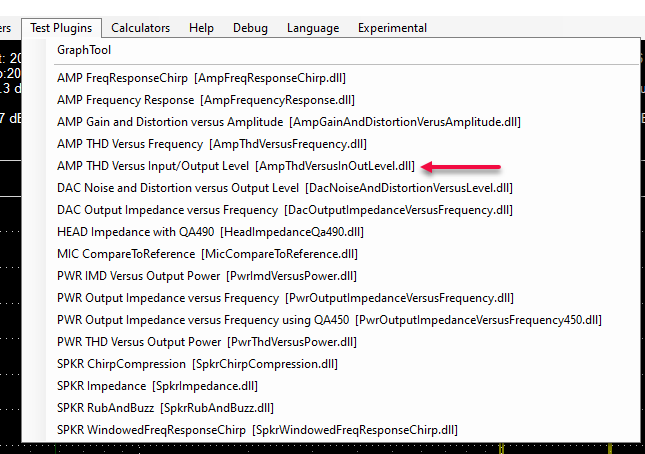 The setup will appear as follows. Note the increment minimum value has changed from 2 to 0.5 and the “plot input level” checkbox 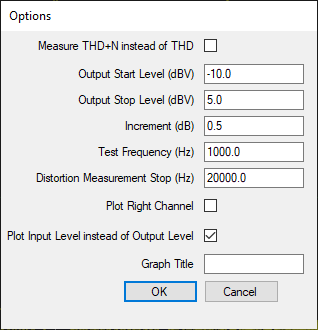 And then you can make a plot that lets you easily graph the onset of clipping of an amp, for example: 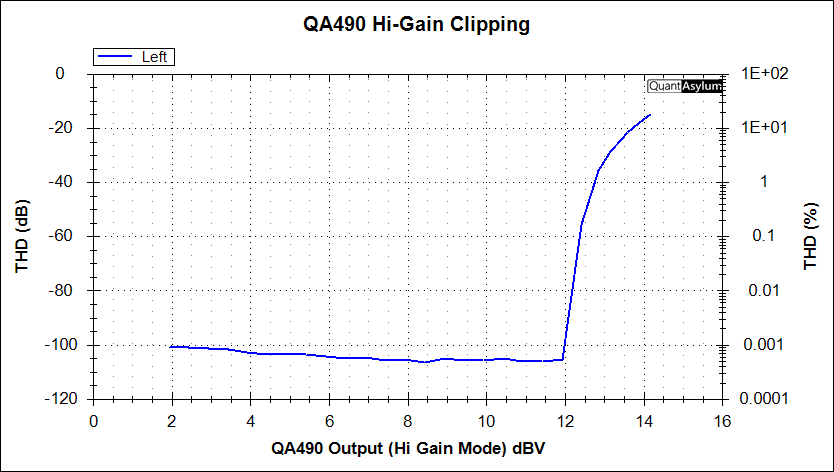 The changes to the other DLLs will come a bit later. This will be out in 1.907, probably later this week.

It posted, earlier than expected. Please try the “AMP THD versus Input/Output” and let me know if it’s working as you’d expect. Thanks 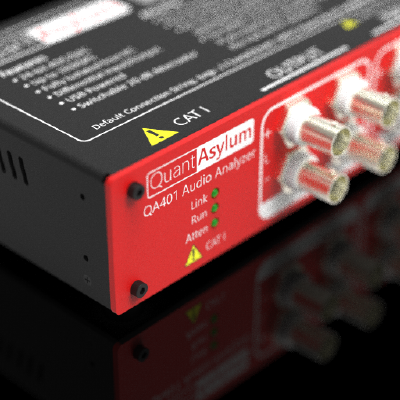 Releases (no source) for the QA401 Audio Analyzer. - QuantAsylum/QA401

Thank you its working great

Just slightly confusing that “plot input instead of output level” refers to the analyser and not the DUT. Most of the settings refer to the DUT: “Plot THD+N instead of THD” for example. Logically the subject of interest to the user is the DUT performance. I do UX as my honest job…

Indeed, you have put into words something nagging but unclear as to why it was nagging. Very clear and will be fixed.

Just spotted something funny. Y1 axis displays correctly then Y2 does not. am sure they werent doing that before i added the second lot of traces 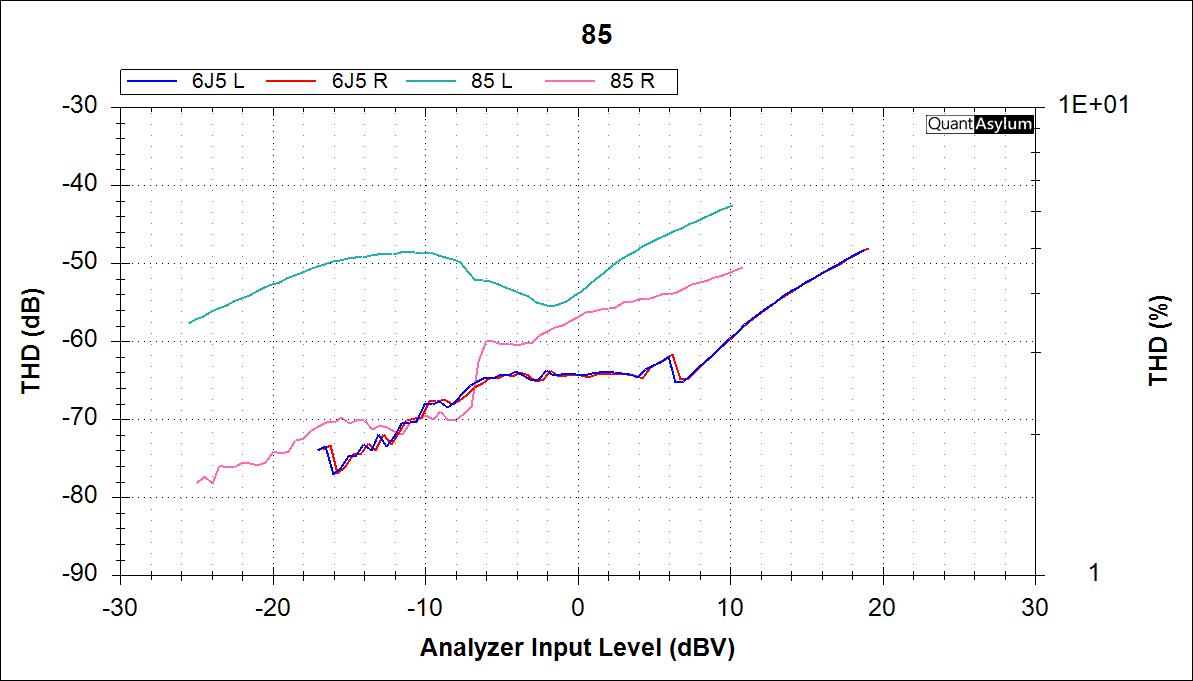 Right click on the graph and select “Undo all zoom and pan” and see if it correctly re-draws the right axis. If you select “Set Scale to Default” from the right-click menu, then the code doesn’t have a crack at drawing the right-hand axis correctly and it doesn’t get updated. It’s a bug.

RE plugin (I think) the Wow and Flutter visualizer. It seems to be limited to 3 seconds? is there a way to plot for 10 minutes or 30 minutes to see the startup drift of an oscillator, or for that matter to check its own stability? Also maybe more resolution (not sure if that’s possible)?

Yes, I think this would be good to have. The way it’s set up right now the plug-in sees each acquisition and graphs that. What it could be readily changed to do would be to graph all acquisitions. This would have a bit of the blind spot in the reporting because of the analyzer re-arming. But I think visually it would accomplish the task, especially for oscillator start up and long-term drift (minutes and hours).

Also useful for tape machines. I believe the NAB standard was specific about beginning middle and end of a reel. Not sure if there is any current interest but it was a big issue in dealing with feed and takeup torque.

Very interesting thanks. I’ve had some folks that service reel to reels (with QA401) in recording studios share some fascinating stories on the care and feeding of these fantastic older machines. I did a lot of recording in studios when I was younger, and at the time the 2-inch deck was just a big box and the magic seemed to be in the console, at least to my 20-year self as I worked through engineering school. But there was an enormous amount of electro-mechanical innovation in tape decks, and sadly in another decade or two we’ll lose just about everyone that ever knew anything about that period of sound recording and playback.