I would like to take IMD measurements using SMPTE technique. I see that I can set this up manually with the two signal generators as described in the blog “IMD Measurements”. It would be great if there were a plugin for IMD that allowed for different IMD techniques and frequence pairs. Just like the IMD vs Output Power plugin but with more user control to setup the parameters.

I’m using SpectraPlus-SC software with my QA401. The package is available from Pioneer Software. It requires the ASIO driver but otherwise works well with the QA401. 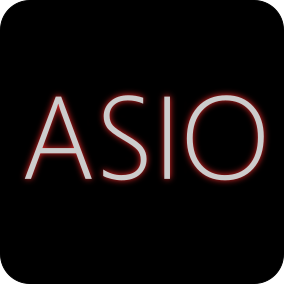 ASIO401 is an open-source ASIO driver for the QA401 created by Etienne Dechamps. Aside from some input I had on how the QA401 wire protocols operate, the resulting ASIO driver is Etienne's own work. And it looks well thought out, smartly architected...

SpectraPlus has a licensed plug-in package that includes two standard IMD settings (CCIR and SMPTE), plus a customizable third option. At one time, Pioneer Software included all plug-ins for the price of the main software. It’s definitely my “go to” software when using the QA401. The two form a very powerful analytical system that’s comparable with Precision Audio’s products.

Hi @RFEngineer, thanks for sharing this. At one point I was a licensed user of their software too. It’s indeed very good. And it’s great to know it works with Etienne’s ASIO driver.

Sorry for the gaffe. That should read Audio Precision’s products.

I should mention that there’s one caveat when using SpectraPlus software with the ASIO driver. SpectraPlus has no menu option to change the QA401’s input attenuator. Operationally, it’s not a problem. Probably most audio measurements are less than + 6dBu. My systems are all standardized to +4dBu = 0VU. When I need more than that it’s almost always in search of an amplifier’s clip point for which I use an oscilloscope. That said, it’s easy to switch the input attenuator with the ASIO driver. It just takes editing of the ASIO driver’s config file to read as follows:

The above statement selects the + 6dBV input by disengaging the 20 dB pad. Changing it to “true” enables the 20 dB attenuator. It’s important to note that the QA401 is still protecting itself from an excessively large input level. If the input level exceeds +6 dBV, the attenuator automatically engages. So, I suppose it’s possible to just leave the line of code set to “false,” and let the QA401 automatically engage and disengage the attenuator. However, that means recalibrating the absolute level in SpectraPlus. Or, just do the mental math and account for the 20 dB pad. I don’t know if it’s safe to use this way, Until I do, I’ll simply change the line of code in the config file. It’s not difficult nor time-consuming.

With the proper plug-in, SpectraPlus has a cool auto level wizard. You tell it what level is coming out of the QA401 and the wizard sets the absolute level in the software. From that point on, the display is fully calibrated. The result can be saved and recalled later. Apart from the attenuator issue, all SpectraPlus functions operate normally.