Another possible problem with .9961?

I noticed that I was not able to get the power level I needed out of my integrated amp with just a 1khz GEN1 signal at -12dBV for a normal THD + N measurement. I bumped the level up to -3dBV and still couldn’t get my 30w, which I had before w/out any problems: 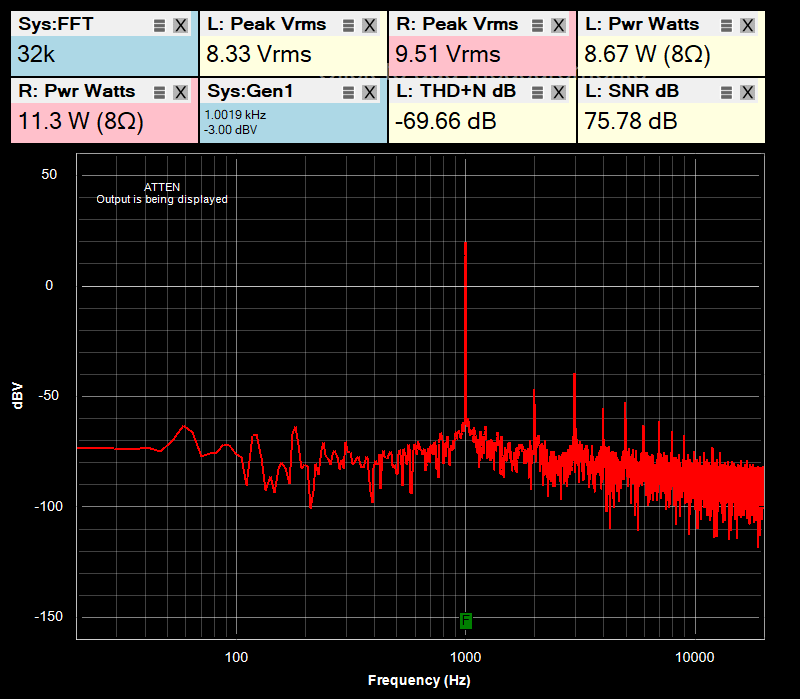 The Right channel shows 9.51Vrms peak. I put it in idle mode and measured the same point with my scope and did not get near that value (sorry, no screen capture

I loaded 995 back in and was able to get my 30W for the Right channel: 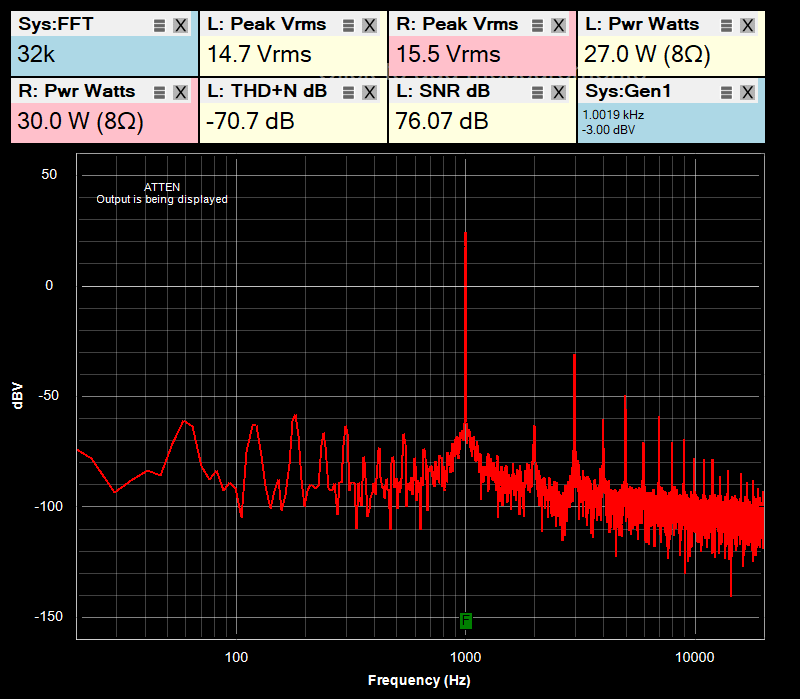 and then I put it into Idle and measured with my scope and got this: 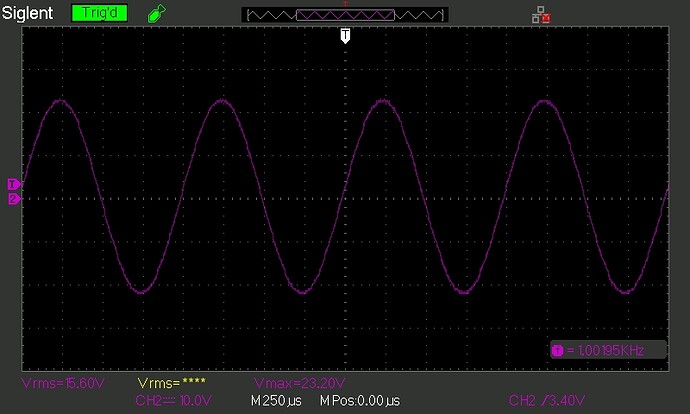 Hi @VAR, one observation in your plots is that you are displaying output. That’s not a very useful thing to display normally, mostly just as a cross check but you are in that mode in all these plots and also in plots in other posts, so I just thought I’d note it in case. Now, that shouldn’t have any impact on the amplitude setting… 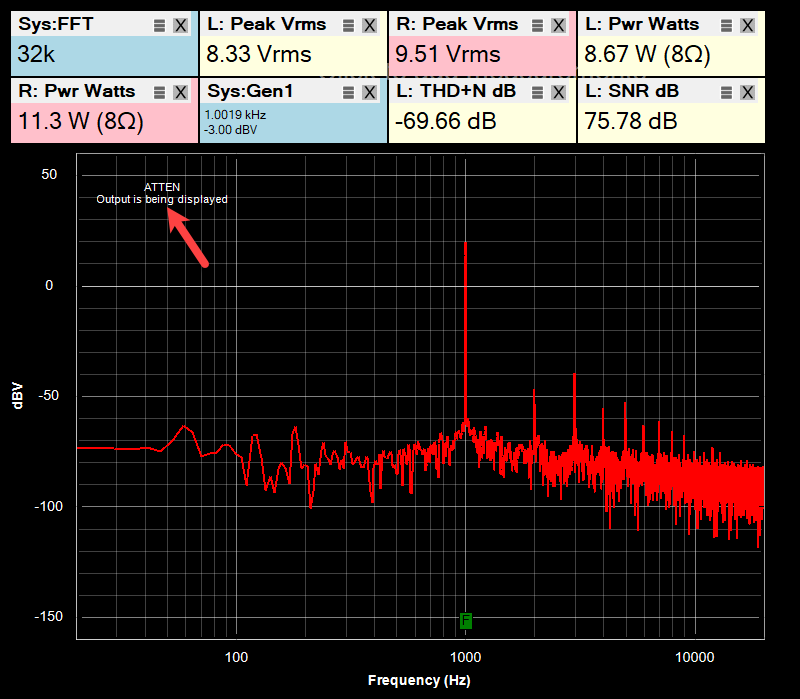 I just checked 0.9961 for -10, 0, 10 and 18 dBV out and it measured as expected with a DVM. Can you verify with 0.9961 it works as expected for you too? Also, if you see something odd like that, first re-start the app and see if it fixes. And if not, then re-plug the box and see if it fixes (keep the app running). That will give a clue where the issue might be. And then you can revert to a previous version and see if it doesn’t.

I reinstalled .9961 and once it launched, did FILE>NEW and reconfigured the measurements I wanted and it seems to be working correctly as far the giving the power levels, so life on that front is okay. As far always displaying OUTPUT and not INPUT, I guess I think of OUTPUT as being the Output of the DUT, and not the QA402…